Why should you use Span<T> in .NET? 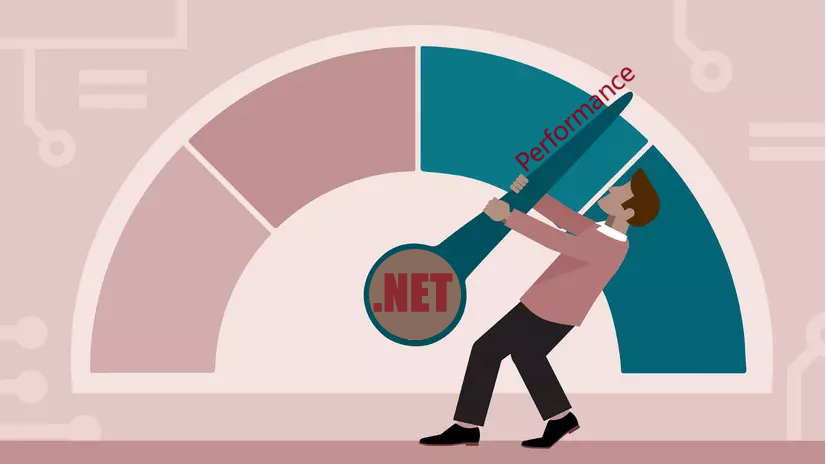 Span<T> helps you to have a higher performance without memory allocations. Please bear in mind that the more knowledge you have on performance topics, the more you will become a unique developer.

Before diving into the Span<T>, I want to look over an example then we will optimize it along with the article.

Let's suppose that we have a string, which is a time of the day (Ex: "192035"). It contains hour, minute, and second. Now, I want to extract those data and make a TimeSpan eventually. The option here is using the Substring API of the String class.

You may think that the code is a bit verbose though I tend to make it readable as much as possible for junior developers.

The code above works fine though when it comes to performance, there is a matter, which is not trivial. Let's measure it with BenchmarkDotNet.

Here is the result on my machine:

Standard disclaimer: BenchmarkDotNet results can be very subject to the machine on which a test is run, what else is going on with that machine at the same time, and sometimes seemingly the way the wind is blowing. Your results may vary.

As you can see, it takes 73.15 ns, and 96B managed memory allocated. The allocation boils down to the Substring function. Substring returns a new string object that would be allocated on the heap memory.

As you know string data type is an immutable type. It means, they cannot be changed after they have been created. When you change a string, a new string object will be returned.

Now, the question is how do you solve this conundrum? the answer is Span<T> which will discuss in the following.

Span<T> is a value type for representing contiguous arbitrary memory. In other words, it is a facade over the array, string, and any contiguous memory almost with no overhead. The main purpose of Span<T> is writing low-allocation codes, which leads to cutting down managed memory allocations and so reduces the load on GC.

There are three types of memory in .NET:

It can wrap all these types into a Span<T> and have access to it safely.

In the preceding code, the bytes points to whole indexes of array. By utilizing the Slice method of Span you can point to a portion of the array without creating a copy.

Span<T> allows you to access and modify the data. It looks like you are working on the original array. As you can see, an array of the byte is created and wrapped into a Span<byte> called byteSpan. From there, it is possible to work with byteSpan exactly like the original array. Then, by the Slice method, a window is created over index 2 to 5, without making a copy.

A picture is worth a thousand words:

Slicing is the main feature of Span that exposes reusable subsections of Span without making copies. It creates a new Span with a different pointer and length. If you remember from the first example, in .NET whenever we want to substring a string, it allocates a new string and copies the desired result to it. So far, you may feel that how much Span is powerful in such scenarios.

It has two different overloads; the first one specifies only the start index and creates a window from there to the rest of an array. However, the second overload makes room for specifying the length of your Span.

It is the other related type of Span that provides a read-only view to work with strings or other immutable types.

From there, you can use the sample variable in a way you would work with an array.

Span<T> instead of Substring

So far, we learned that what is Span and how we can use it. It is time to get back to our example and rewrite it by using Span. We will benchmark both solutions by BenchmarkDotNet and see how much Span can optimize our code.

As you can see, there is no big change here. The parameter now is ReadOnlySpan<char> and instead of Substring, we used Slice. Though the performance result is significantly improved.

The benchmark result on my machine is:

Note that our scenario is a simple one. In complicated scenarios, the performance difference is pretty significant.

Using Span<T> for other types of memory

Because Span<T> is an abstraction over an arbitrary block of memory, methods of the Span<T> type and methods with Span<T> parameters operate on any Span<T> object regardless of the kind of memory it encapsulates. "It can be said that, Span<T> is an array-like interface over different memories in .NET", Albahari said.

In below you see that how can wrap a contiguous unmanaged and stack allocated memory into a Span:

Span<T> is a ref struct. What is ref struct?! It is a Struct that would always live on stack memory not on the heap. There is may a confusion that struct is a value type and can only live on the stack, yet in some occasions struct can be allocated on the heap; for example:

In the case of ref struct, it guarantees that the struct only lives on stack. This is a enough reason to have some limitation to work with Span<T>:

There are many situation that you can read more in here.

.NET has a facility to overcome those limitations. Memory<T> acts quite like Span<T> except it can be placed on the managed heap because it is not a ref struct. That means, it can be used in an async method or be a member of a class. Besides, it has another related data type ReadOnlyMemory<T> to work with immutable data types like string.

This article would not cover Memory<T>, you can learn more in here.

Going over Span<T>, teaches us how we can have a higher performance without memory allocation code and how it is a better alternative to the Substring API. Span<T> reduces the load on GC by minimizing managed memory allocations. Span<T> has some restriction of usages, to overcome them Memory<T> has briefly introduced.

I hope the post works for you, and persuades you to use Span in your future code.